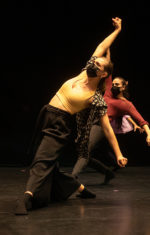 Last summer Sasha Reist attended Earl Mosley’s Institute of the Arts dance intensive to train under the noted choreographer, thanks to support from the College of Fine Arts’ Medici Circle Donors.

Mosley, a New York-based choreographer and teacher, is the founder and director of Earl Mosley’s Diversity of Dance (EMDOD), a non-profit dance program. Sasha was able to first work with Mosley as a sophomore in high school.

“I’m so grateful whenever I get to be in the studio with him, the space that he creates and the energy he brings is truly like no one else,” said Sasha.

Each day the students would train for three hours a day in a wide variety of styles from ballet and contemporary to jazz and hip hop, followed by two hours of rehearsal. Sasha learned notable repertory this summer including Paul Taylor’s “Cloven Kingdom” set by Linda Kent. She was also able to learn and perform a piece by Jesse Obremski. Sasha said this was an especially memorable experience as it was her first time performing for a live audience since before the pandemic.

Following the intensive, Sasha was hired by Diversity of Dance as one of their social media coordinators, creating film content for their Instagram and Facebook, combining both her aspirations in film and her passion for dance.

“I don’t know where I would be without Earl Mosley and his organization. I am extremely grateful for Mr. and Mrs. Otto’s support in enabling me to attend EMDOD another summer. This year in particular was monumental towards helping my future artistic career.”

Thanks to the donations made by the generous Medici Circle Donors, talented artist scholars like Sasha are awarded $1,000 to pursue an educational summer project beyond the classroom. 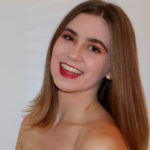 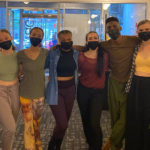