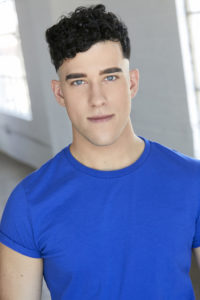 Upon graduating from the University of Arizona, I spent a season dancing with Odyssey Dance Theatre in Salt Lake City, where I performed works by notable choreographers like Mia Michaels and toured throughout Europe. After a successful season with ODT, I later moved to Las Vegas where I performed in Donn Arden's Jubilee, Cirque Du Soleil's "One Night for One Drop" and Steve Wynn's ShowStoppers. After almost 4 years in Las Vegas, I moved to Los Angeles and signed with Bloc Talent Agency. Since living in LA, I have had the pleasure of working on the following jobs: Billboard Music Awards with Christina Aguilera & Demi Lovato, "I'm Ready" music video for Sam Smith & Demi Lovato, featured dancer for a movie promo of "Isn’t It Romantic” starring the Real Housewives of Beverly Hills, Eurovision Skeleton crew for Nappytabs, Before the Wedding Pilot (ABC), Universal Studios Japan commercial, Mikes Hard Lemonade commercial, “Black and White” music video for Todrick Hall & Pentatonix, “Nails, Hair, Hips, Heels” music video for Todrick Hall, the Latin GRAMMYS for Alessia Cara & Logic, Dance Captain for “Hansel and Gretel” with the LA Opera. Most Recently, I completed a successful run of the Christmas Spectacular starring the Rockettes at Radio CIty Music Hall! I also teach at Millennium Dance Complex and I am on faculty at AMDA College and Conservatory Los Angeles.

UA Dance showed me how diverse dancers can really be. I came into the school as a competition kid and left feeling like a true artist. I was surrounded by so many talented people that everyday I felt inspired to work harder. The faculty without a doubt prepared me for the industry. UA Dance really hones in on technique, and I feel that thanks to my technique I am able to pick up many different styles... which has a led to a more diverse career with jobs ranging from company work to dancing with artists. The long schedule while in school also prepares you for jobs. We were training and rehearsing from 8-12 hours a day, so you build that stamina, which is important, because that's exactly what's required from you in a company or on set!