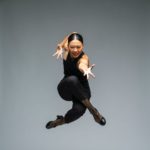 Ueda was born in Nagoya, Japan, and raised in Chandler, Arizona, and was promoted to the GDC main company in her second year. She attended the University of Arizona where she graduated summa cum laude with a major in dance and a minor in psychology in 2021. Already in her young career, Ueda has accumulated many performances by top choreographers including Paul Taylor, Martha Graham, Roni Koresh, Ray Mercer, Ray Leeper, Christopher Huggins, Jon Lehrer, and Beverly Blossom, and has toured and performed in many states and countries. Erina has been featured in Netflix’s 2018 film, “Driven to Dance,” by Tati and Anthony Vogt, and she will be featured alongside former Arizona faculty member Autumn Eckman in a soon-to-be-released documentary filmed by Emmy Award-winner Ryan Fitzgerald.

I’m currently a professional dancer with the Giordano Dance Chicago (GDC), America’s original jazz dance company in Chicago, Illinois. It has been a magical experience so far being a part of their legacy, representing as their first Asian dancer, performing at Jay Pritzker Pavilion, Harris Theater and the Auditorium Theatre, and touring around the state & country. This spring, I was invited to be interviewed by the Consultant General of Japan in Chicago.

Not only I work as a professional dancer, but I work as a social media consultant and a videographer for the GDC. I also teach dance classes: ballet, jazz, contemporary modern, ballroom, tap and acrobat, at many different studios in the city, as well as being invited to teach at summer intensives and master classes from other states.

It has been a whole new world, a dream come true, and I cannot wait to continue learning and growing, become stronger, and perform with the incredible Giordano Dance Chicago, who I call my family, as we enter our 60th season!

It is such an honor to be recognized by you. Thank you so much for reaching out; I wouldn’t be where I am today if it weren’t for the experience I had at UofA ❤️💙 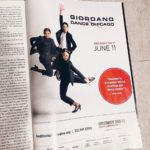 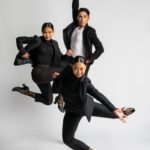